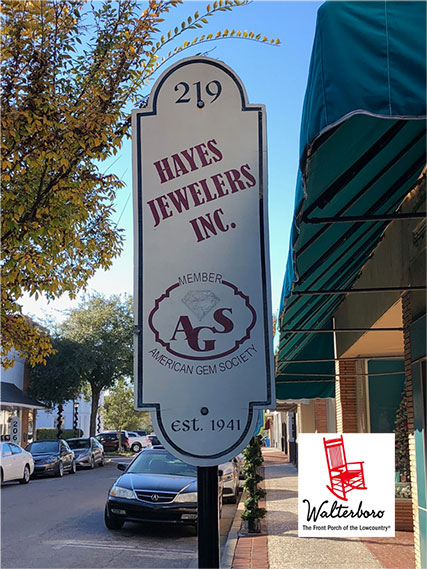 On the ever-changing face of Washington Street in downtown Walterboro, Hayes Jewelers remains one of the anchors. Hayes Jewelers was established in 1941 by Abe Harris, a young businessman from High Point, NC. Harris served as the owner and operator of the store until his death in 1987. His son, Lewis, has run the store since then.

Hayes Jewelers offer customers a diverse selection of gifts and jewelry, as well as jewelry and watch repair. Lewis Harris is a Registered Jeweler with the American Gem Society. From classic pearls to distinctive accent pieces, we take pride in offering our customers a versatile selection. We have the perfect gift for any occasion. From weddings to birthdays to baby gifts, we have elegant and unique pieces that will be cherished for a lfetime.